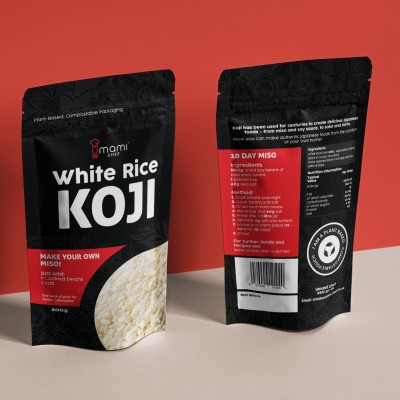 We’ve been working with Foxpak, Europe’s leading provider of sustainable packaging, to produce a new package for our koji.

It’s been specially designed to use less energy during its manufacture; whilst also releasing fewer greenhouse gases.

It’s made entirely from plant-based materials and is compostable!

Many thanks to Ryan from Multiple Graphics for the sleek design. 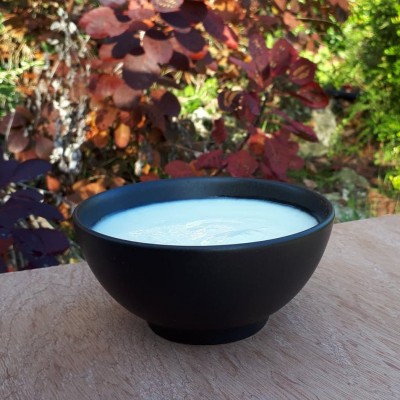 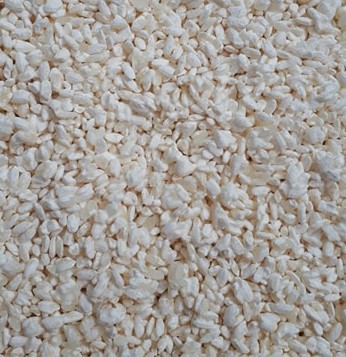 Koji is the term for a grain or bean that has been inoculated with Aspergillus Oryzae, a special fungus that has been domesticated for about 9000 years.

White Rice Koji is made by steaming white rice and then allowing spores of Aspergillus Oryzae to germinate and multiply on it.

This process is carefully controlled to ensure conditions are perfect for koji growth, with both temperature and humidity monitored continually. The fungus then converts starch within the rice into a range of enzymes, which go on to create the delicious range of savoury/umami flavours within foods like miso and soy sauce.

Before being packaged, the koji is gently dried to preserve it,  and it is then delivered to fermented food enthusiasts around the world!