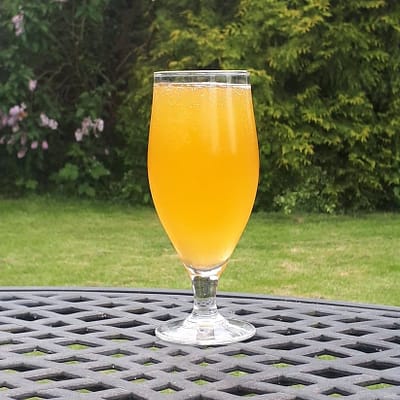 Koji beer is a fusion of east and western styles of beer. Sake is generally called a rice wine but it is in fact more like a beer than wine. It is made using rice and top quality koji and this formed the “Eastern” element of the brew. When making sake, only rice and koji are used and a special yeast which can reach the 18-20% ABV levels in sake (although it is often diluted down to 15% when sold commercially).

The Western part of the brew was a mash made using extra pale malted barley and flavoured with Saaz hops (which are used in European beers like Hoegaarden). These two elements were blended together and fermented using an American yeast which gives a crisp finish. This is a truly international beer!

The final ABV of the beer was 7.8% which places it fairly well up the normal beer ABV range of 3 to 9%. It fermented most of the sugars out to give a fairly dry finish similar to traditional ciders but without the astringency. This is a very different tasting beer and one which goes well with dishes made using koji. 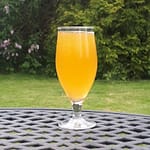