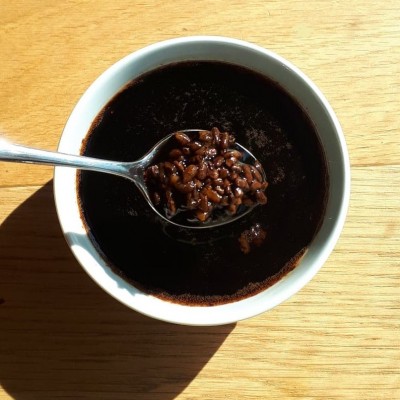 The real power of shoyu koji comes when you use it as a marinade – coating food for a few hours/overnight so the koji can perform it’s magic.

If you use it in a marinade:

It is really simple to make – just mix koji and soy sauce together, then leave at room temperature for 7 days.

If you can’t wait then it is perfectly safe to eat it before the 7 days are up, it just won’t have reached maximum deliciousness! 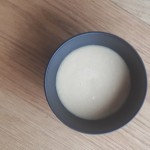 Use shoyu koji instead of soy sauce in any recipe to add a greater depth of flavour.
Prep Time5 mins
7 d
Course: Ingredient
Cuisine: Japanese

Note: The photos in the recipe instructions are using Fava Bean and Toasted Rice Shoyu,  instead of soy sauce. This is much lighter in colour than the traditional Shoyu koji (main post photo) and has the added benefit of being gluten/soy free. Shoyu koji made from fava bean and toasted rice shoyu is also clear, when filtered from the rice at the end. This means it can be used to add a real depth of flavour to clear liquids, without altering the clarity.
Category: Uncategorized
Leave a Reply Cancel reply
Products
Recipe Ideas